The Steen's Story began in 1910 when Charley Steen’s cane crop was hit with an early winter freeze. Facing the possibility of a huge loss, Charley fashioned a small mill and salvaged his frozen crop into a few barrels of syrup. His first attempt inspired him into the syrup business. Soon local farmers were hauling their cane to Steen’s mill and returning to their families with their sweetening for the year...pure cane syrup!

By 1930, Charley and Elizabeth Steen and their children built a larger mill in the heart of Abbeville, Louisiana on the banks of Bayou Vermilion. Cane grinding season and the aroma that emanated from the syrup mill soon became an iconic part of the city.

By the 1950s, Steen's Pure Cane Syrup became a household word in South Louisiana and its signature yellow can a symbol of South Louisiana sweetness. Every home had the well-known can of syrup in its pantry year round. The distinctive flavor of the syrup became part of the indigenous cuisine of Cajun families. In short, Steen's became a staple of the Cajun table.

In the 21st century, the C. S. Steen Syrup Mill is now led by the fourth generation of the Steen family. Charley and Elizabeth Steen’s legacy continues to flourish with Pure Cane Syrup and its companion products reaching more grocery shelves and chefs' kitchens every day. 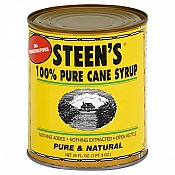 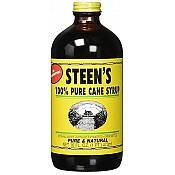 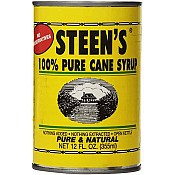 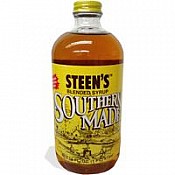 Steen's Southern Made Syrup 16 ozFor those wanting just a hint of cane flavor in their pancake syrup.. 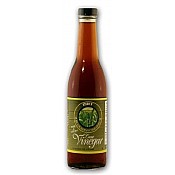 Pure Cane vinegar with no artificial ingredients - the only pure cane vinegar in the country. Mellow.. 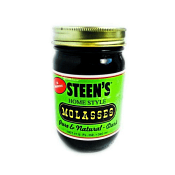 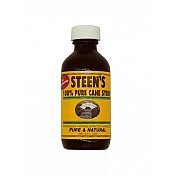 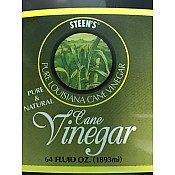