The story of Cajun's Choice is about staying true to one of America's most unique regional cuisine's. Cajun's Choice was created to redefine America's misconception that Cajun was synonymous with fiery hot food. The food is highly seasoned, yes - but the flavor blends are complex and reflect a cuisine that mixes indigenous ingredients with world influences.

With the rise in popularity of Cajun cuisine and culture in the 1970s and 80s, Cajun foods and recipes could be found on menus throughout the U.S.. Seemingly everyone wanted to offer something with a Cajun "kick". Often these recipes were a far cry from true Cajun fare. For many 'restaurant chefs' outside the south unfamiliar with true Cajun/Creole cooking, the most common way to turn a dish "Cajun" was to pour on the hot pepper. The result was overpowering heat without any characteristic flavor. This gave many people all over the country the impression that all Cajun/Creole food was just "hot". Its taken many years for the true style of Cajun/Creole cooking to overcome this wrong impression.

Cajun's Choice was founded in 1985 by Louisiana native Rick Layne. As Layne traveled the country he found, too often, that Cajun flavorings and recipes were simply not true to the cuisine of his home. So he set out to create spice blends that correctly personified the flavor profile of good Cajun cooking.

Drawing from traditional recipes, the team devised genuine, consistent Cajun seasoning blends. Garden-fresh vegetables - commonly onion, garlic, celery and bell pepper, are mixed with fresh peppers, herbs and spices grown locally or imported from premium growing regions. These herbs and spices, blended with flavors only found in Cajun country, create seasonings and condiments that are true to this region.

Today Cajun cooking has evolved from a trend to a mainstay as one of America's favorite regional cuisine's. Enjoyed by the home cook, a Cajun influence can enliven a favorite casserole, a simple dish of freshly steamed vegetables or transform a microwave meal. Cajun's Choice products are designed with timesaving simplicity in mind. Our one-step packet mixes and quick preparation tips make Cajun's Choice cooking an easy choice for the first-timer or seasoned gourmet.

Our seasoning blends also offer a quality that is unmatched by any other brand on the market. Our products are derived from original recipes and contain more spice and much less salt than other national brands. The result is an exemplary family of products that offer the vast world of Cajun flavors along with easy preparation.

So whether you want to entertain with a favorite Louisiana recipe or simply jazz up an everyday meal - bring home the best of Cajun country flavor. Make your choice Cajun's Choice. 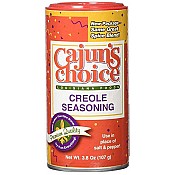 This is the all-purpose seasoning of the South to use in place of salt and pepper. Our savory blend .. 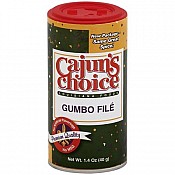 The Choctaw Indians of the Louisiana bayous were probably the first to use filé seasoning made from .. 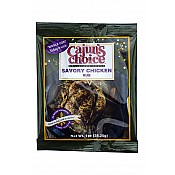 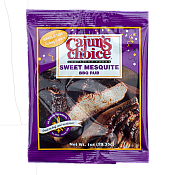 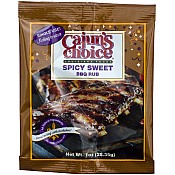 Since most supermarkets offer fresh seafood year-round, you can enjoy this feast anytime, anywhere. .. 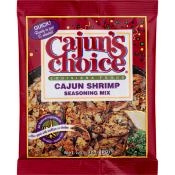 Cajun Shrimp Mix, also known as barbecue shrimp, is an all-time favorite dish in the south. Our one-.. 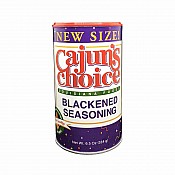 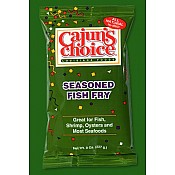 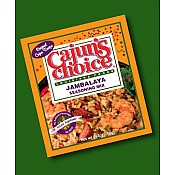 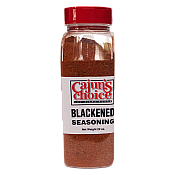 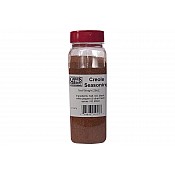 Cajun's Choice Creole Seasoning 28 OzThis is the all-purpose seasoning of the South to use in place .. 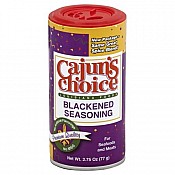 "Blackened" fish is a relative newcomer to Cajun cuisine but this flavor-rich recipe caught on like ..